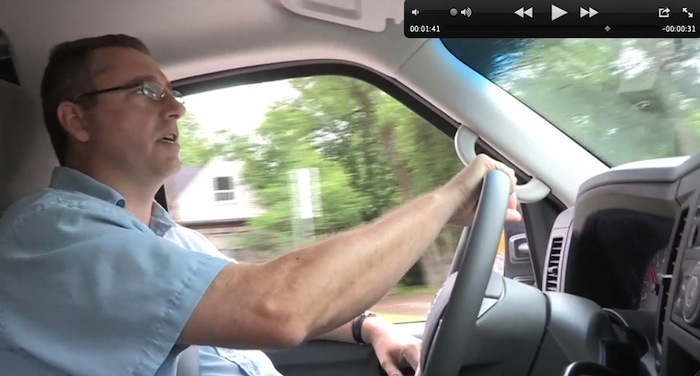 EBMag’s editor, Anthony Capkun, and videographer, Jim Stubbington, were fortunate to join a small cadre of journalists for an exclusive 2012 Nissan NV Ride & Drive media event, where we were asked to “Experience Nissan’s most-researched product in the history of North America: The Nissan NV full-size commercial van”.

CLICK HERE FOR VIDEO. Also check out our video from The Work Truck Show 2010, where the Nissan NV was unveiled to the North American market.