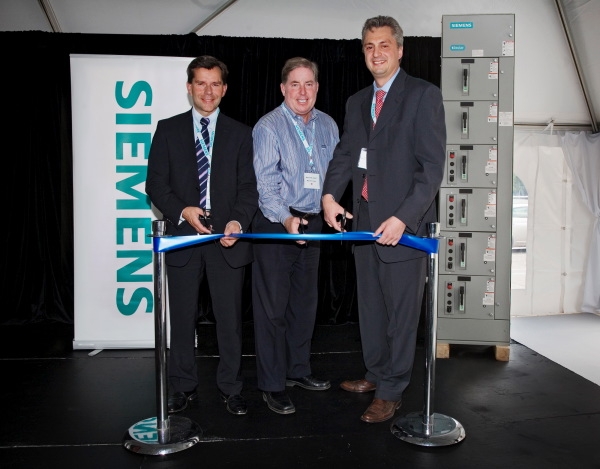 At a ceremony with dignitaries, customers and employees, Siemens Canada officially announced that its Industry Automation division has begun production of the TIASTAR Motor Control Centre (MCC) at its manufacturing facility in Burlington, Ont. Siemens invested more than $2 million in design, retooling and upgrades to the facility to accommodate the new production line. In addition, the company has projected the creation of 50 skilled positions in engineering and production to fulfil the capacity. (Photos A. Capkun. Ribbon-cutting photo courtesy Siemens Canada.) CLICK HERE for VIDEO.