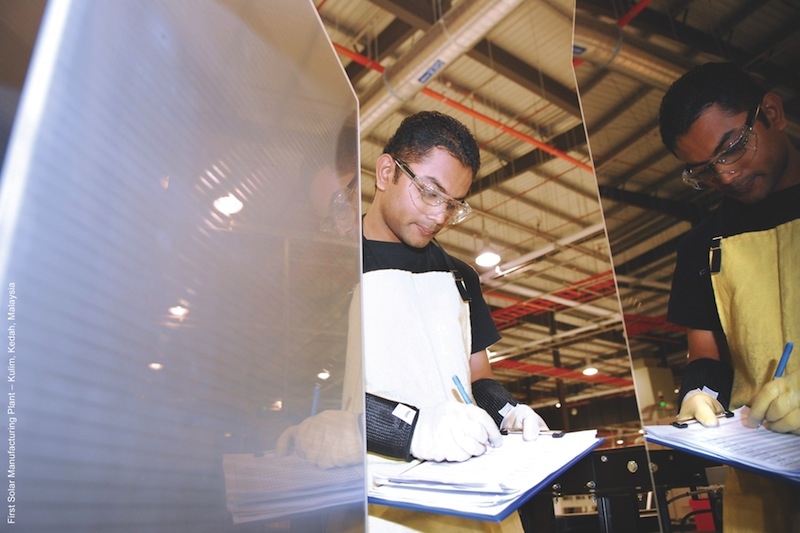 “We are creating an exciting synergy with this deal,” said Jim Hughes, First Solar’s CEO. “The addition of GE’s PV thin film technology and R&D resources will advance our technology roadmap, while realizing cost reduction in our manufacturing process.”

GE says this will enhance its presence in solar through access to purchasing and branding First Solar’s modules for future global GE deployments, in addition to its investment in inverters, controls, balance of plant and ownership of utility-scale systems.

Additionally, GE and First Solar have formed a commercial relationship around solar inverter technology. First Solar will continue to purchase inverters from GE Energy Management for use in its global solar deployments to optimize electrical balance of plant. By combining complementary technologies, the collaboration is expected to lead to an improvement in solar grid integration, more competitive cost structures and a roadmap for combined electrical equipment.

GE has decided to discontinue the build-out of its Aurora, Colo., solar manufacturing facility.