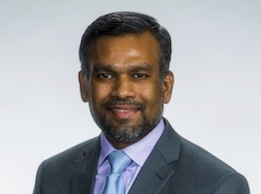 Mohammed comes to Power Conversion from his most recent role as president and CEO of GE’s Power Services business for the Middle East and Africa.

The company notes Mohammed has held a series of roles in engineering, finance and business management in GE Power and GE corporate worldwide.

He will be based at Power Conversion’s headquarters in Paris, France.