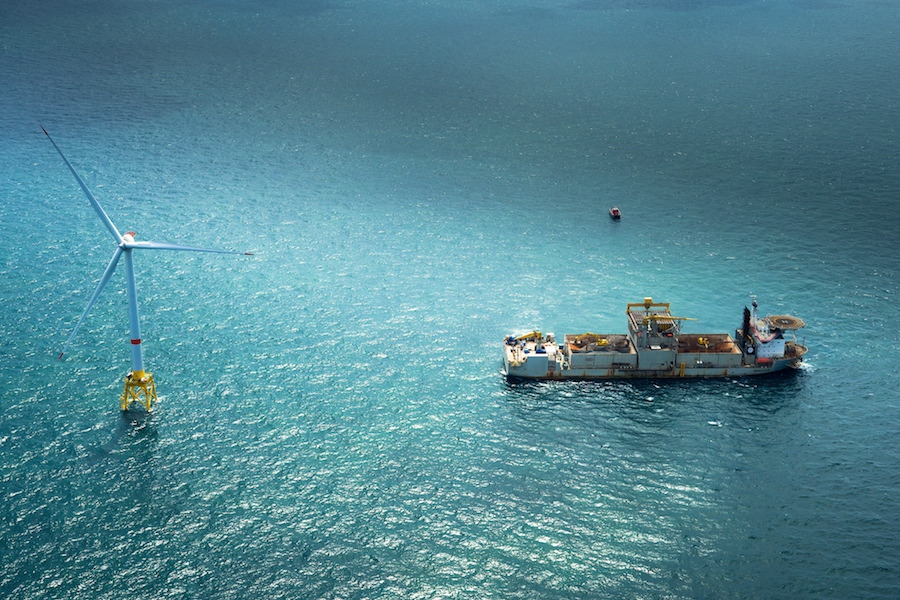 March 18, 2016 – GE reports it continues to make progress with assembly of the first part of towers that will be used to support the wind turbines that will comprise America’s first offshore wind farm, expected to be completed by the end of 2016.

This wind farm is GE’s first offshore wind project since the acquisition of Alstom Power & Grid and the creation of the new GE Renewable Energy business, says the company.

“Deepwater’s Block Island project, being the first offshore farm in the U.S., is a critical stepping stone to tapping the vast offshore resources in the U.S.,” said Jérôme Pécresse, CEO of GE Renewable Energy.