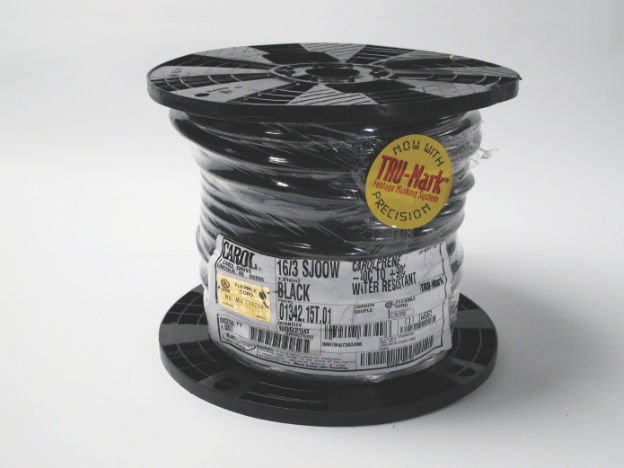 December 17, 2013 – In an effort to reduce the company’s environmental footprint, General Cable says it will eliminate cardboard box packaging on all 250 ft Carol brand portable cord products and move to stand-alone reels.

The company also plans to replace existing plastic spools—that must be contained within a box—with a new recyclable high-density polyethylene reel that is made with heavily recycled material and may be stacked directly on a pallet. As well, General Cable says it will standardize the arbor hole on all new reels for ease of handling and pulling by contractors while on the job. The new reels include plastic wrap with labels applied directly to the wrap, so distributors can now see their inventory on their shelves. According to the company, the reels will be stacked and shipped on the pallets as before and there will be little change in quantities or weights on each pallet.