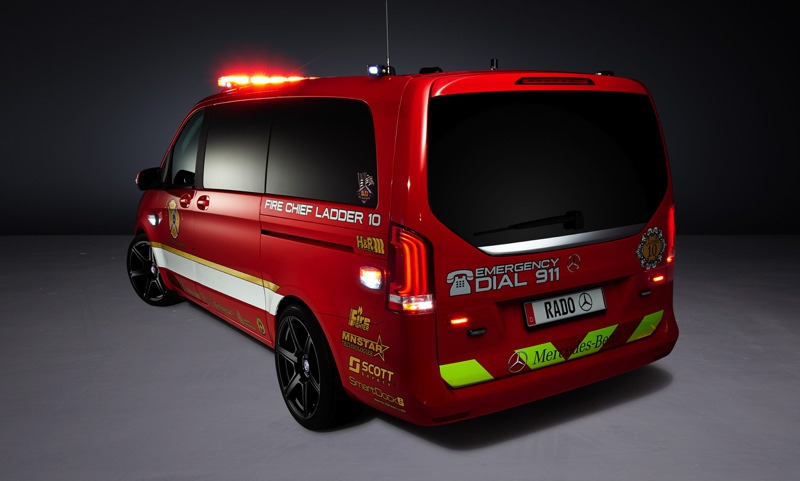 December 10, 2014 – Mercedes-Benz Vans USA recently gave North America its first glimpse at its new midsize commercial van entry into the U.S. and Canada in Fall 2015 for customers and upfitters alike: the Metris.

The vans were showcased at the Specialty Equipment Market Association’s 2014 SEMA Show as part of Mission Metris. This occasion also marked the official introduction of the Mercedes-Benz Metris nameplate for the U.S. and Canada.

“We are pleased to reconfirm our September announcement at the IAA Truck Show in Hannover that we will launch a midsize commercial van in the U.S. market in Fall 2015,” said Daimler Vans USA LLC’s Bernie Glaser.