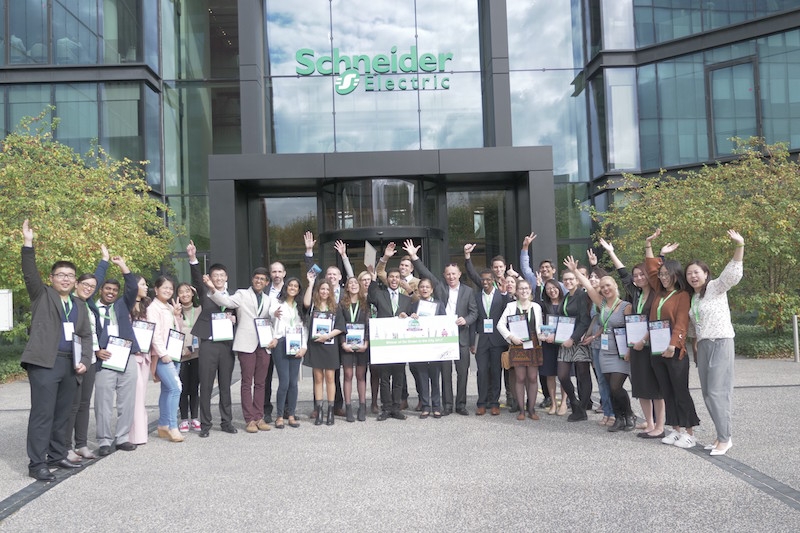 February 23, 2018 — Schneider Electric has launched its eighth year of “Go Green in the City,” an annual global contest that invites business and engineering students to find solutions for more energy-efficient cities.

“Schneider Electric has a bold vision to solve our planet’s energy paradox,” said Olivier Blum, chief HR officer, Schneider Electric. “Go Green in the City was designed as a platform for young innovators to become a part of this vision. Helping students to develop their bold ideas for new sustainable solutions, and gain a foothold in our industry is a great way for us to accelerate positive change.”

Teams of two students (at least one of which is female) attending accredited business or engineering schools, will submit ideas in one of five categories:

The latter three categories were added this year to reflect a “greater focus on digitization,” says Schneider. The deadline for submissions is June 1, 2018.

All shortlisted teams will then work with a mentor from Schneider Electric to produce viable business cases to present at one of seven regional semi-finals over the summer in Europe, North America, China, India, Asia-Pacific, the Middle East and Africa and South America.

The finalists — the seven regional winners, an “outstanding” all-female team and two “wild-card” teams— will be announced on September 3, 2018.

After a second round of mentoring, the ten teams will meet at the final in the U.S. in the fall. The winning team will be offered the chance to start a career at Schneider Electric after a traveling the world to visit two company locations of their choice, says Schneider.