Unfortunately, Table 39 fundamentally violated other Rules in the code; specifically, in Sections 4, 8 and 14. 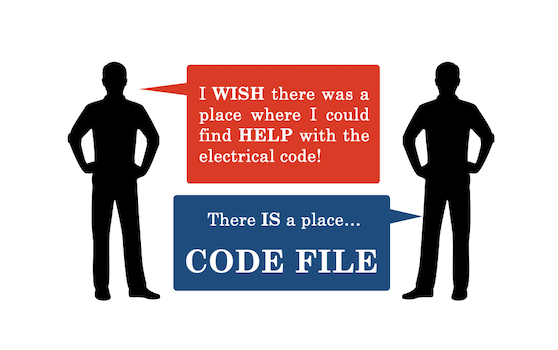 July 6, 2021 – CE Code-Part I (2021 ed.) sees the deletion of Table 39, which provided information on the permitted size for 3-wire 120/240V and 120/208V service conductors for single dwellings, and feeder conductors or cables supplying single dwelling units of row housing, apartments, etc., and terminating on equipment having a conductor termination temperature of not less than 75 C.

This was not the CE Code’s first attempt at getting rid of this exemption, as it created more problems than it solved. First, a little history…

Prior to the CE Code 2012, Table 39 existed only as markings in Tables 2 and 4. When those tables where redone in the 2012 CE Code to clarify true ampacities, harmonize with the U.S. National Electrical Code (NEC), and introduce the temperature ratings under Rule 4-006, these markings were removed.

In Canada, there was a bit of a backlash to the removal of these markings, as it implied an increase in residential conductor sizes (which meant an increase in cost) with no data showing any issue with services “burning up”. So, in 2015, the CE Code brought in Table 39 to recreate the reduction in cable sizes for residential dwelling units.

Unfortunately, Table 39 fundamentally violated other Rules in the code; specifically, in Sections 4, 8 and 14.

Rule 4-004 instructs us how to determine acceptable conductor ampacity based on several installation criteria. For example, is the conductor in conduit, or directly buried; is it in a normal location or a high ambient location?

Once we have determined the installation type and location, we look at the load. Rule 8-106 covers demand factors and maximum circuit loading. Within residential calculations, it tells us the load is not to be considered continuous. Rule 8-104 states the calculated load shall not exceed the ampacity of the circuit, while the ampacity of the circuit is determined by the lesser of the conductor or the overcurrent device.

Therefore, we are already allowed to permit a greater calculated load on the service conductors over other types of services.

Now we jump over to Rule 4-006, which states that conductors terminating on a breaker rated not more than 100A (unless marked) shall be considered under the 60 C column—which Table 39 does not even consider. And the base Rule 14-104 states the rating or setting of an overcurrent device shall not exceed the ampacity of the conductors it protects.

So, right from the get-go, we have a Table that violates at least three prominent rules… keystones in the code.

But we’ve been doing it this way for years, so why the sudden concern?

The interest in Table 39 and its shortcomings is not sudden, and has been discussed amongst Technical Committee members numerous times: Why are we still leaning on old Table allowances?

This Table serves no real purpose, and we still come across installations that are undersized because the contractor did not perform a service calculation. And consider the customer who paid for a 200A service, but the sticker states it is a 189A service and the breaker reads 200A—and isn’t tripping. Should we realistically expect the customer to understand what’s going on?

Then there is the confusion Table 39 would cause in the field when a contractor installs a service on a number of residences, then gets hired to install a service on a small commercial building. Without understanding the difference between the two applications, he will likely install a service in the commercial building that’s just like the one he installed in the homes. It won’t pass inspection, and he’ll have to replace the conductors.

Electric vehicle adoption—including associated charging infrastructure—is on the rise in our neighbourhoods, as is the number of appliances, televisions, and other technology in our homes, so we need to get the service right.

By deleting Table 39, there will be a conductor increase for residential service conductors. There is no concern for direct burial services, provided the you use the D Tables, where you will find a decrease in conductor sizes. The CE Code continues to provide options, and the deletion of Table 39 will only result in an increase in safety and equipment functionality.

This column—along with other great content—appears in the June 2021 edition of Electrical Business Magazine. Even more back issues are located in our Digital Archive.