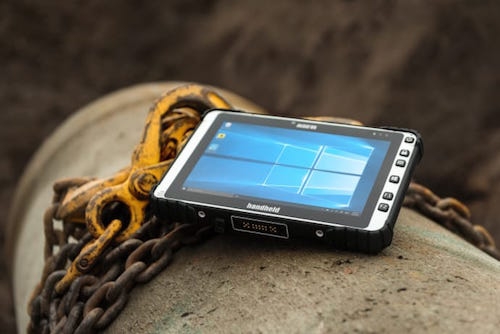 February 28, 2017 – Handheld Group’s new Algiz 8X ultra-rugged tablet computer offers communication features such as LTE and dual-band WLAN, along with an 8-in. projective capacitive touchscreen that is “ultra-bright” and built for outdoor use.

The tablet can also enable glove-mode or rain-mode and the chemically-strengthened glass can survive an impact test in which a 64-gram steel ball is dropped on the screen 10 times from a height of 1.2 m, according to the company. The Algiz 8X also has an optional active capacitive stylus.

The product also comes standard with Windows 10 Enterprise LTSB and a rear-facing 8 MP camera with autofocus and LED flash.

The company says orders can be placed immediately and units will be in stock in March 2017.