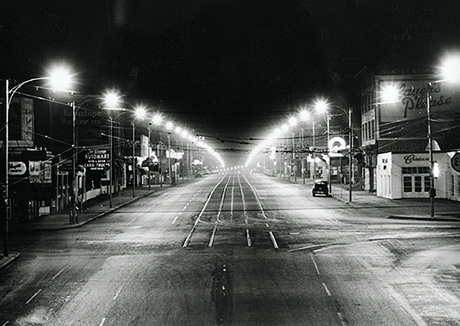 Today, the utility provider builds, owns and operates electrical transmission and distribution networks, water and wastewater treatment facilities and infrastructure in Canada and the United States but it started from a single, small power plant in 1891.

“Our legacy stretches back to the banks of the North Saskatchewan River in Edmonton,” an online excerpt from EPCOR reads. “A ready supply of nearby water and coal enabled a group of entrepreneurs to set up the first power plant for a frontier prairie town with a population of just 700.” The original Edmonton Electric Lighting and Power Company became a municipal corporation in 1902, EPCOR adds, three years before Alberta became a province.

Today, that prairie town is more than 800,000 strong—and “we’ll never forget where we come from,” the company says.

“125 years after that first streetlight shone bright, we’re proud to have grown up with our hometown and, along that journey, to have grown our services and welcome new employees in becoming part of the history in other communities. That means providing water and wastewater services to about 1.9 million people across three Canadian provinces and two U.S. states. It means delivering power line and billing services to about 600,000 customers in Edmonton and rural Alberta.”