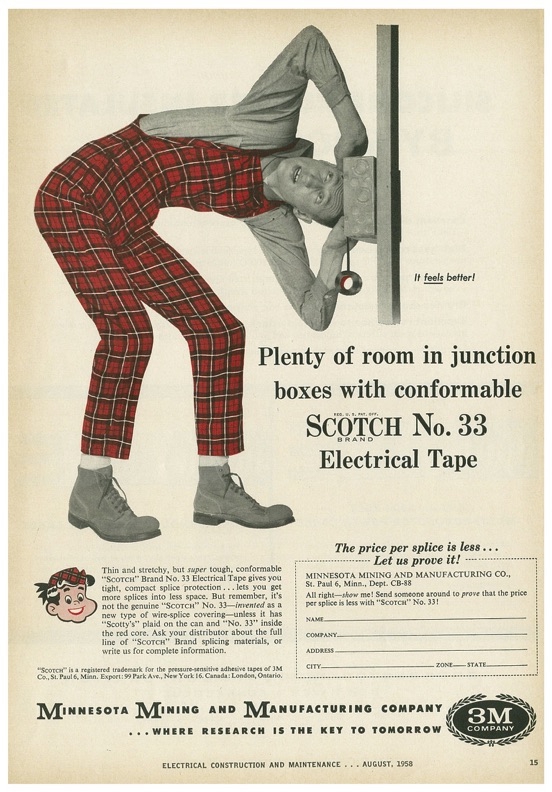 February 3, 2016 – When faced with a rubber shortage during the WWII, 3M scientists produced vinyl, which soon thereafter led to the creation of Scotch vinyl electrical tape set, and we celebrate its 70th anniversary this year. Congratulations!

“Stronger and less prone to rotting and corrosion than the rubber and resin-infused cloths that were commonly used at the time, Scotch No. 33 vinyl electrical tape was an invention the world was waiting for,” says 3M.

3M Canada is celebrating this milestone with a full year of tips and tricks, fun facts, videos, contests and more. Follow 3M on Twitter @3M_Canada or check out the website www.3M.ca/ElectricalTape for the latest updates, product demos, event photos and contest announcements.