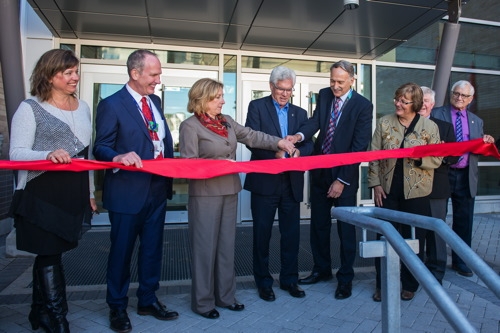 Owned by Atomic Energy Canada Limited (AECL) and operated by Canadian Nuclear Laboratories (CNL), the Harriet Brooks building will be a “collaborative and interdisciplinary space for cutting-edge research and development in chemistry and materials”, NRCan stated.

The laboratory complex in Chalk River, Ont. will feature facilities for testing a variety of materials and processes and multi-disciplinary research involving about 85 scientists, engineers and support staff will be conducted in areas such as materials performance and corrosion and equipment decontamination.

The government notes this research will help nuclear operators and regulators enhance safety and environmental protection, improve the performance of nuclear systems and respond to nuclear and non-nuclear energy challenges.

“The recent announcement of our government to invest $800 million in the revitalization of the laboratories at the Chalk River site will be key to advancing science and technology initiatives in Canada’s world-class nuclear industry,” said Jim Carr, Canada’s minister of Natural Resources.