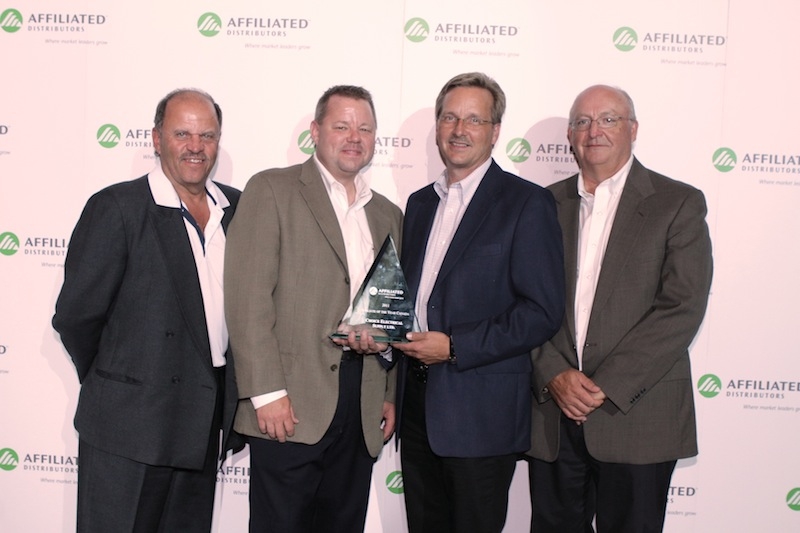 October 19, 2011 – Affiliated Distributors (A-D) — a North American wholesale marketing group—hosted its Electrical Divisions’ North American meeting earlier this month at Caesars Palace in Las Vegas. And EBMag was there to take in the action!

“This special event was held in Las Vegas to mark three decades of successfully driving accelerated growth with companies that are proven market leaders, as well as those who aspire to become market leaders,” said David Oldfather, senior vice-president of A-D’s Electrical Divisions (Canada and US).

(EBMag Tweeted these award winners as they were announced. CLICK HERE for a recap of all of our tweets from the meeting.)

A-D also chose to recognize an affiliate and supplier for a special “Legacy of Leadership” award, which was created to honour exceptional individuals and companies who have distinguished themselves with their contributions to the growth and development of Affiliated Distributors.

“These recipients have been exceptional leaders within the A-D community for many, many years; and during that time, they have helped map out and define who AD is today, as well as where we are headed tomorrow,” noted Oldfather.

The Legacy of Leadership Affiliate award was presented to Mayer Electric, while the Supplier award was presented to Leviton Manufacturing. Additionally, to celebrate its 30th anniversary, retired founder David Weisberg was honoured by his son, current CEO Bill Weisberg, for his leadership, vision and persistence.

(We’ve got photos! CLICK HERE to check out our A-D meeting photo gallery.)