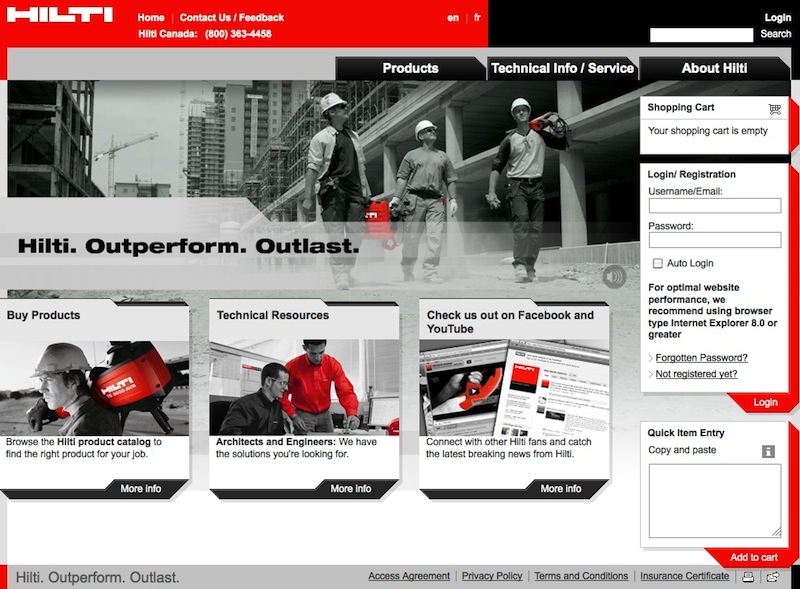 April 1, 2013 – Hilti celebrates 50 years in Canada this year, saying it owes this growth to its “loyal customers in the construction industry”. Congratulations!

“For 50 years we have been committed to providing our customers with innovative, quality products,” said Avi Kahn, GM of Hilti Canada Corp. “We continue to be committed, and opened new Hilti centres and a service centre in 2012 to better serve our customers.”

Since the first Hilti Centre opening in the early 1960s, the network has grown to include the corporate headquarters for Hilti Canada Corp., 25 Hilti Centres, three distribution centres, and two service centres across the country. What was one employee in 1962 has grown to almost 400 team members throughout Canada.

Hilti commemorated its 50th anniversary of doing business in Canada with a special celebration for its employees. More than 350 team members from across Canada were invited to a gala at The Fairmont Royal York in Toronto.