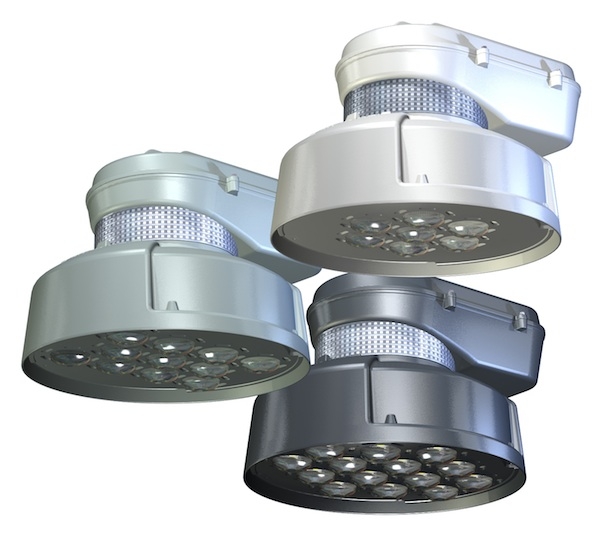 August 13, 2012 – Acuity Brands’ Holophane has launched its High Mast Advanced Optix (HMAO) LED luminaire for large area and roadway applications. Claiming to reduce energy costs by up to 74% over HID lighting systems, the luminaire features a 180º-rotating optical assembly that can be aligned “street side” with roadways for asymmetric light distribution. The luminaires are available for new construction or retrofitting.