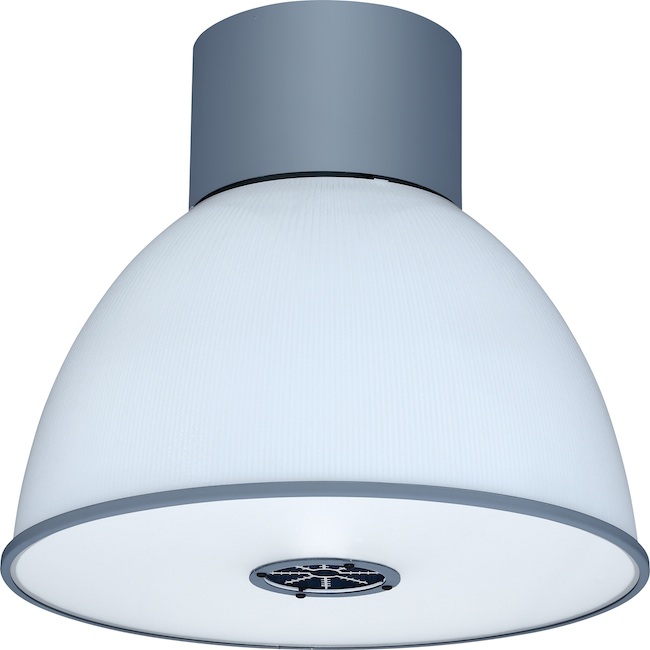 Available in 12,300, 18,000 and 23,650 lumens, the luminaire boasts a low glare LED light optical system, says the company, adding that its extruded aluminum thermal chimney allows it to operate in -40° to 40° ambient environments. Options include fusing, on/off control, wire guard, and either 50% or no light output when dimmed. For emergency egress lighting, the fixture is fully compatible with 250VA LiteGear inverters.