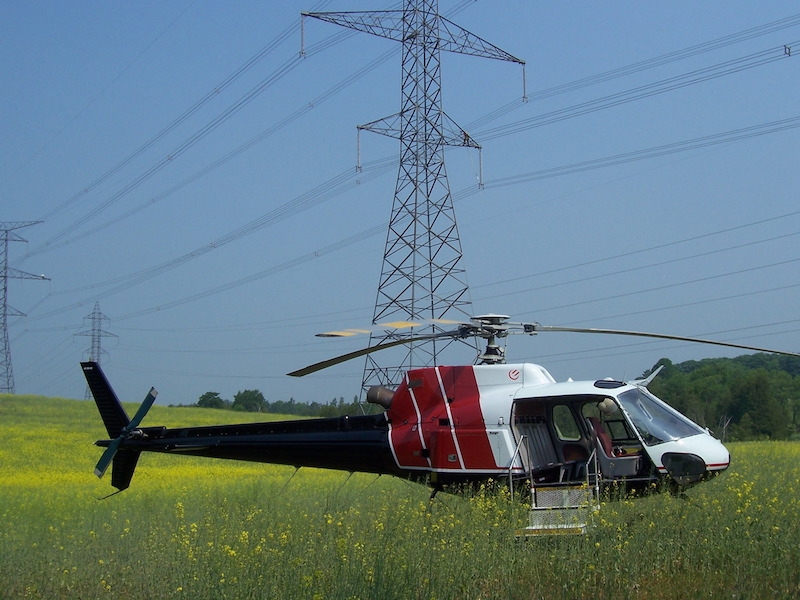 Hydro One A-Star with AirStair attachment. Used for illustrative purposes only. Photo by Aequitas1234, Wikimedia Commons.

December 14, 2017 – “We are deeply saddened to confirm that an incident involving one of our helicopter aircraft occurred in the Tweed [Ontario] area and has resulted in four fatalities,” reports Hydro One, referring to an incident that happened this morning.

EBMag echoes the sentiments expressed by Hydro One:

“Our thoughts and prayers are with their families at this difficult time,” adds Hydro One. “During this grieving process, we will do everything we can to assist our employees and their families who have been affected in any way, by providing counselling and support.”

Hydro One has now released the names of those lost in the fatal crash.

“It is with heavy hearts that we share the names of the Hydro One employees who lost their lives in Thursday’s tragic accident: James Baragar, 39-years-old, Jeff Howes, 26-years-old, Darcy Jansen, 26-years-old and Kyle Shorrock, 27-years-old,” said Hydro One in a statement.

James, from the Orillia, Ont. area, was the helicopter pilot and had been with Hydro One since May 2009.

Jeff, a Power Line Technician on the construction crew and resident of Bath, Ont., had been with the Hydro One family since August 2013.

Darcy, also a Power Line Technician, from Long Sault, Ont., had been with the company since August 2013.

Kyle, a resident of Inverary, Ont., was a Power Line Technician who had been with Hydro ONe since September 2014.

“Our focus continues to be on supporting the impacted families through this difficult time. A family assistance center has been established in the Municipality of Tweed,” says Hydro One.