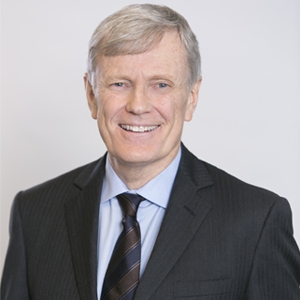 June 24, 2019 – Tom Woods, chair of Hydro One, announced today he will step down from the electricity transmission and distribution company’s board of directors on July 31.

Woods became chair in August 2018, when there was a full transition with 10 new directors to oversee Hydro One’s affairs. He previously worked in investment banking, spending a 37-year career with CIBC and Wood Gundy before retiring in 2014. During his time with Hydro One, he led the organization through several key milestones, including the hiring of current president and CEO Mark Poweska, who is now working with the board on a new strategy to benefit customers, employees, communities and shareholders.

“I’m leaving with a sense of accomplishment, knowing the CEO and the board are ready for the next steps in defining how they will serve the interests of customers going forward,” says Woods. “Hydro One has demonstrated a commitment to reducing costs and improving service.”

On Aug. 1, Woods will be succeeded as chair by Tim Hodgson, managing partner of Alignvest Management.