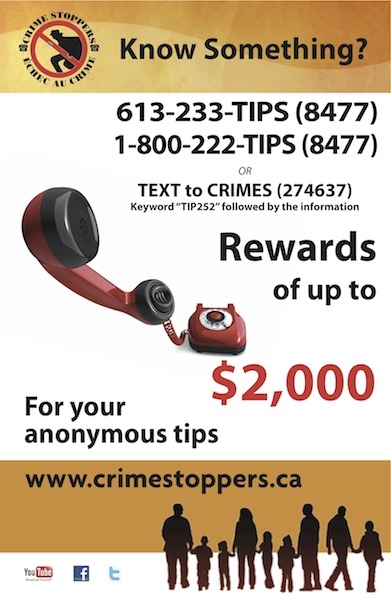 May 7, 2013 – Hydro Ottawa says it is proud to fund Crime Stoppers rewards for tips that have helped shut down marijuana grow operations and stop the theft of power. National Capital Area Crime Stoppers provides cash rewards for those who anonymously provide information in order to help Ottawa police detect and solve crime.

“In all, Crime Stoppers has helped recover over $90 million worth of stolen property and illicit drugs since the program began locally in 1985,” said Wayne Bissett, president of the National Capital Area Crime Stoppers.

In 2012, the tips program helped Ottawa Police seize 1264 marijuana plants, valued at more than $1.3 million. Eight charges were laid for possession for the purpose of trafficking and theft of electricity. Hydro Ottawa has reimbursed Crime Stoppers for the rewards paid relating to these cases.

“It is vital to protect citizens and our employees from the dangers of grow houses and their dangerous electrical wiring,” said Bryce Conrad, Hydro Ottawa’s president and CEO. “We are proud to continue working with Crime Stoppers, an organization dedicated to improving our community.”