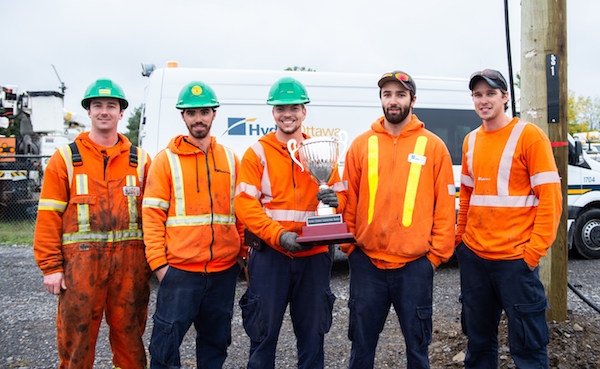 January 22, 2019 – For the sixth consecutive year, electrical utility Hydro Ottawa has been named one of Canada’s top employers for young people. The organization reports apprentices represent nearly 20% of its trades workforce.

With a significant portion of its existing workforce set to retire over the next 10 years, Hydro Ottawa has actively sought to attract young employees through a variety of efforts, including internships, summer and co-op student programs, mentoring, coaching and a youth council with networking opportunities. (Applications for the 2019 summer student program are now open here.)

“Hydro Ottawa is working to attract young people so they can share their passion, skills and enthusiasm with us and help us become even better and more innovative,” says Bryce Conrad, Hydro Ottawa’s president and CEO.

Toronto-based Mediacorp Canada organizes the annual competition for the country’s top employers for young people. Other electric utilities were also recognized this year, including BC Hydro, Ontario’s Bruce Power, Edmonton’s Capital Power and EPCOR Utilities and Saskatchewan’s SaskPower; as were product suppliers for the electrical industry, including Stanley Black & Decker, Siemens Canada and Schneider Electric Canada.