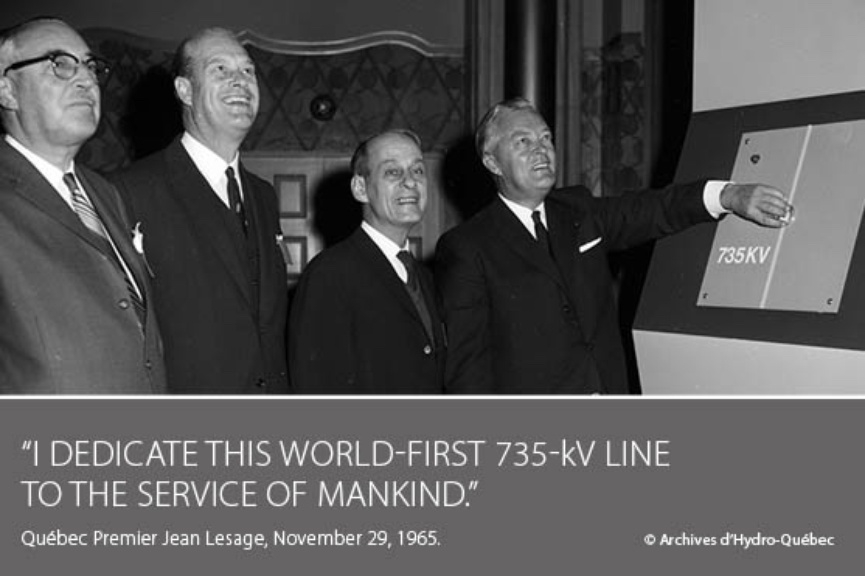 December 1, 2015 – Hydro-Quebec announced it is celebrating the 50-year anniversary of the commissioning of “the world’s first 735kV high-voltage transmission line”.

According to the utility, electricity demand in Quebec was growing rapidly in the 1960s, requiring that Hydro-Quebec double its generating capacity every decade. A number of hydropower projects in the north “seemed promising”, says Hydro-Quebec, but getting electricity to load centres in the south economically “was a challenge that surpassed the existing power transmission technology”.

At that time, Hydro-Quebec says engineer Jean-Jacques Archambault was studying the 735kV voltage level and, in August 1962, the Quebec Hydro-Electric Commission gave the idea project the green light.

Those 735kV lines are the main arteries of Quebec’s transmission system to this day.

A video on the construction of the first 735kV line is currently being screened at the Electrium electricity interpretation centre.