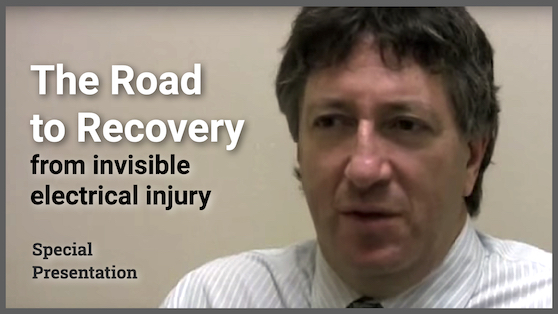 August 28, 2015* – “I myself in the beginning didn’t believe this existed.” Those are the words of Dr. Joel Fish, chief medical officer at St. John’s Rehab hospital, speaking about the phenomenon known as Invisible Electrical Injury… which may not be as horrific a tragedy as that of electrical burn victims, but can be life-changing and traumatic nonetheless.

Sufferers of invisible electrical injury can experience any number of symptoms, the most common of which include memory impairment and general fatigue. Perhaps the biggest problem, though, is the fact that, because the injury is invisible, no one believes them!

Hear from Dr. Fish, as well as physiotherapist Vera Fung and occupational therapist Barb Panturescu, to learn more about this phenomenon.

Please forward this video to everyone you know involved with electricity to help raise awareness!

READ OUR FEATURE “What do you get when you cross an electrocuted lineman with a manager of health & safety and a plastic surgeon?” (EBMag August 2008).