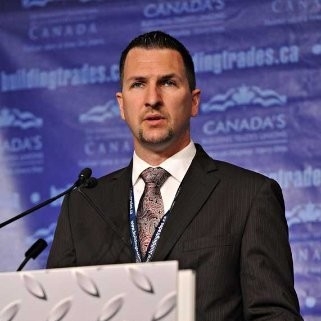 Aug. 22, 2019 – Matt Wayland, executive assistant to the international vice-president (IVP) and Canadian director of government relations (GR) for IBEW, is one of the first members of a new advisory committee to help promote apprenticeships and skilled trades across Canada.

Prime Minister Justin Trudeau announced the creation of the committee last week, following the allotment of $6 million in funding in his government’s 2019 budget to help more people pursue careers in the skilled trades, including young people and underrepresented groups, like women.

Wayland (pictured) joins Jamie McMillan, ironworker and founder of KickAss Careers, and Mandy Rennehan, founder and CEO of FreshCo, as the committee’s inaugural members, with further additions to come. Over the next two years, they will lead consultations, explore partnerships and provide advice to Patty Hajdu, federal minister of employment, workforce development and labour, laying the groundwork for a national campaign to encourage apprenticeships and promote the skilled trades as a career of choice.

The federal government estimates Canada will need 67,000 new journeypersons to sustain its workforce in the 10 largest Red Seal trades by 2023.