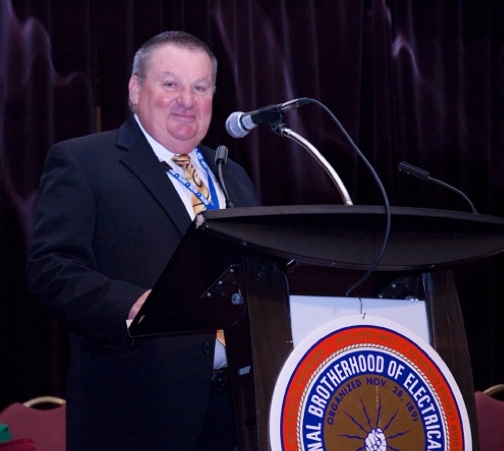 June 28, 2013 – It is with sadness that Electrical Business announces the passing of Phil Flemming, first district international vice president representing Canadian members of the International Brotherhood of Electrical Workers (IBEW), on May 25 at the age of 68.

Doug McKay, Local 258 business manager, said, “Brother Flemming was a well respected leader in our Brotherhood. He served our membership with skill and strength and represented the IBEW as a strong organization on the national level. His unexpected passing has been a shock to everyone. On behalf of Local 258, we are sending our condolences to Brother Flemming’s loving wife Lorrie and his family.”

He is survived by his wife Loretta, two sons, two step-daughters and two grandchildren.

A funeral service took place in Charlottetown, P.E.I., on May 31; a memorial service organized by IBEW members was also announced. In lieu of flowers, memorial donations may be given to the Heart and Stroke Foundation in Flemming’s name.