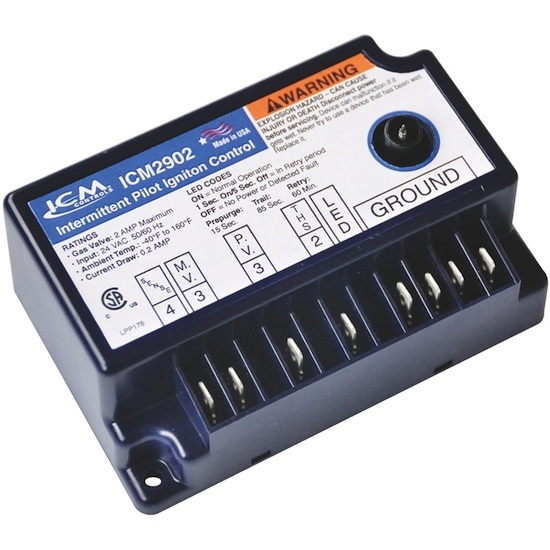 January 30, 2012 – ICM Controls has introduced a group of Intermittent Pilot Ignition (IPI) Controls to expand its replacement heating controls lineup. The four new controls, which can be used with intermittent pilot boilers, furnaces, and other heating appliances, are low-cost replacements of the original OEM control, describes the company. The new IPI controls include the ICM295 and ICM296, which replace the Carrier LH33WZ510 and LH33WZ512 ignition controls, and the ICM2901 and ICM2902, which replace the JCI G770RJA-1 and G776RGD-14 ignition controls. The ICM295 is a continuous spark unit, while the other three offer a 100% safety lockout feature, it adds.