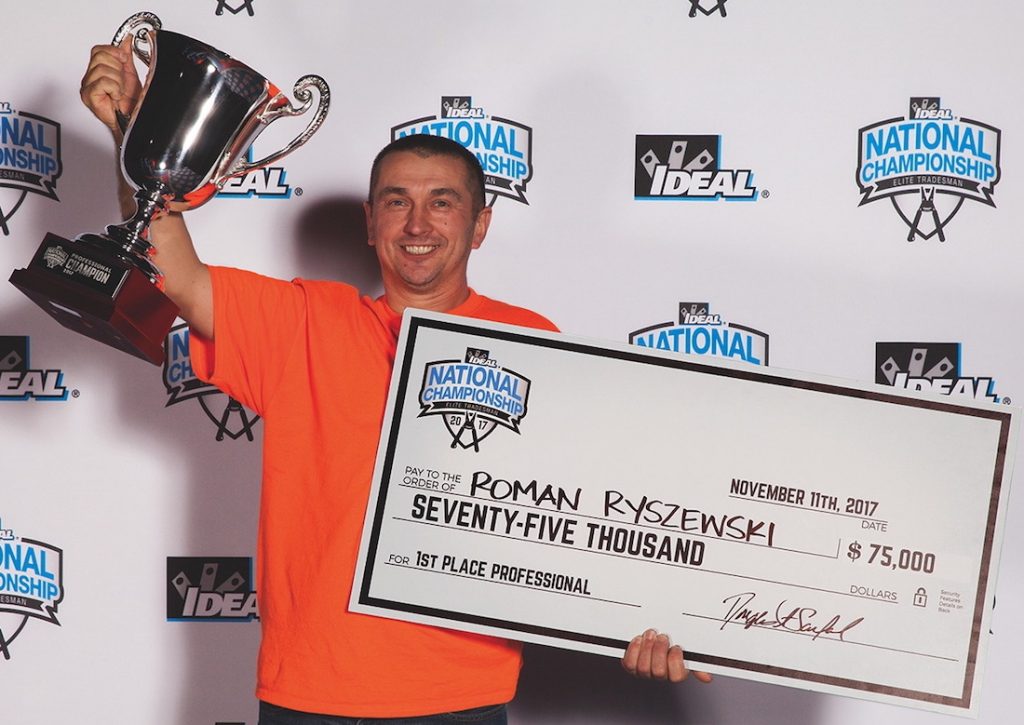 March 6, 2018 – For the first time, Canadian electricians are eligible to compete in the Ideal National Championship—which is entering its 3rd year in the U.S.—where they can vie for the title of National Champion and a prize payout of $75,000 US.

“The Ideal National Championship is a highly-charged, no-holds-barred competition to discover the best electricians, apprentices and students out there,” says Doug Sanford, group president of Ideal Electrical. “Over the past two years, nearly 60,000 men and women across America have competed. Now we’re excited to offer Canadian tradesmen a chance to showcase their skills, as well.”

Ideal Industries Inc. launched this competition as a way to “honour and showcase the abilities” of electrical professionals, apprentices and students. Qualifying Round events will be held across Canada and the U.S., culminating in the Championship Weekend, where Ideal will award $260,000 in cash prizes to the winners.

The competition begins with a series of Qualifying events, held between March 7 and October 5, 2018, in partnership with electrical distributors, trade schools and other organizations. Qualifying Round winners (the fastest times in each territory) then have the opportunity to compete at The Championship Weekend in December 2018, held at Disney’s Coronado Springs Resort in Lake Buena Vista, Fla.

To compete in the Qualifying Round, electricians, apprentices and students simply need to register at www.idealnationals.com, then find a local event. There, they can compete as individuals or as part of a team (three individual electricians from the same company, school or training centre). Events are listed on the Nationals website, which also shows the leaderboard, so participants can see how they stack up against the competition in their area.

When the Qualifying Round wraps up in October, the Professional electrician and Apprentice/Student (participating as individuals) with the fastest times from each of the two designated Canadian territories (East and West) will be selected to go to The Championship Weekend. Additionally, two teams from Canada—one Professional and one Student/Apprentice team (with the fastest Qualifying Round times as a team)—will also be chosen to move forward.

Be sure to visit www.idealnationals.com for all the details, including prize information!