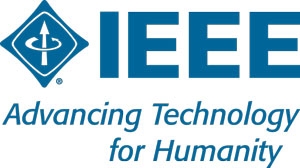 “This is the world’s first system-of-systems, foundational standard that has been created from the ground up to inform smart grid interconnection and interoperability, and it happened in a rapidly paced, two-year development environment that demanded the integrated contributions of hundreds and hundreds of people from across the smart grid’s three primary disciplines: power systems, communications and IT (information technology),” said Dick DeBlasio, IEEE 2030 Working Group chair.

IEEE 2030 establishes a “globally relevant smart grid interoperability reference model and knowledge base” says IEEE that can be used by: utilities who are developing their infrastructure roadmaps; manufacturers who are planning smart grid systems and applications; scientists who are conducting research; governments who are crafting regulations; and standards-development organizations (SDOs) who are writing additional standards for the smart grid.

“IEEE 2030 is poised to support the accelerated rollout of the smart grid and realization of the revolutionary benefits—greater consumer choice, improved electric-system reliability and increased reliance on renewable sources of energy—that it promises for people worldwide,” added DeBlasio.

• IEEE P2030.2 “Guide for the Interoperability of Energy Storage Systems Integrated with the Electric Power Infrastructure” is intended to help users achieve greater understanding of energy storage systems by defining interoperability characteristics of various system topologies, and to illustrate how discrete and hybrid systems may be successfully integrated with and used compatibly as part of the electric power infrastructure.

• IEEE P2030.3 “Standard for Test Procedures for Electric Energy Storage Equipment and Systems for Electric Power Systems Applications” is intended to establish a standard for test procedures around verifying conformance of storage equipment and systems to storage-interconnection standards.