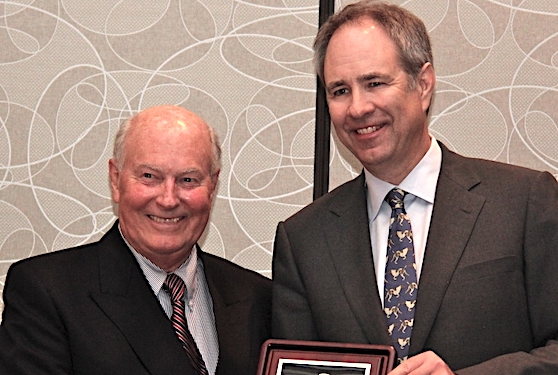 “The hallmark of a great leader is rooted in the stories told by those who worked for him, and with him,” said Carol McGlogan, EFC president & CEO. “I have heard countless stories of Doug’s leadership and the respect he earned from the staff and members of EFC.”

In fact, Baldwin was instrumental in forming EFC. He had served as an EFC president & CEO following two director terms, and served as the first chair of the Electrical Equipment Manufacturers Association of Canada (EEMAC). He spent the majority of his career at Schneider Electric, including some time as its president & CEO.

He also served in either director or board positions with CSA Group, Quality Management Institute, IDW/IDEA, Hammond Power Solutions and Moloney Electric Inc.