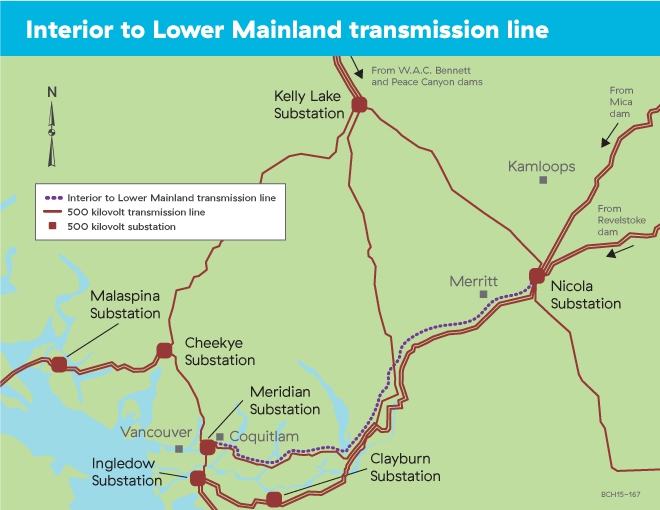 The new 500kV line began delivering energy from where it’s generated—at the utility’s major hydroelectric facilities on the Peace and Columbia rivers—to the more than 3.2 million people in the Lower Mainland and Vancouver Island.

The project, which stretches 247 kilometres from Merritt to Coquitlam, is part of the estimated $2.4 billion/year BC Hydro says it is spending on capital projects across the province.