News Personalities
Irwin Tools asks: Are you the Ultimate Tradesman? 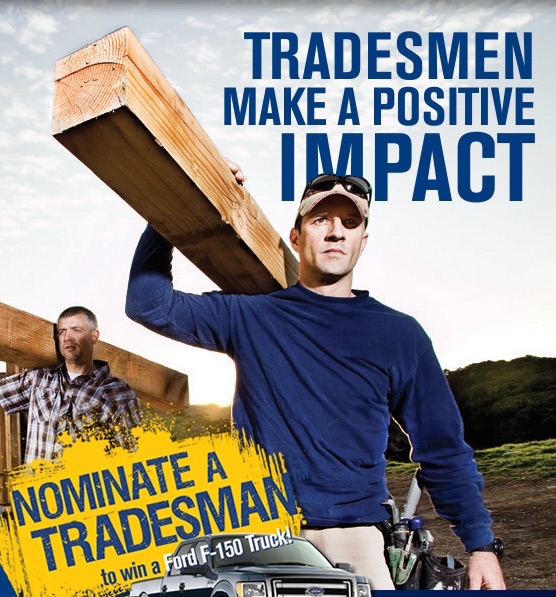 November 18, 2014 – Irwin Tools has expanded its efforts to raise awareness and appreciation for trade professionals by launching the Ultimate Tradesman Contest, where participants have a chance at winning one of nine monthly prizes worth up to $250 and a new Ford F-150 truck!

“We are excited to launch a program that will give communities an opportunity to join us in celebrating the trade professionals who make a positive difference in each of our lives,” said Nick Mastrone, vice-president of marketing. “We look forward to reading the submissions and continuing to celebrate all that trade professionals do to contribute so meaningfully to our lives.”

Each month, one nominated tradesperson will be selected to win an Irwin tool bag with up to $250 in tools. One grand prize winner will receive a 2015 Ford F-150 4×4 SuperCrew Cab Pickup truck, new Irwin tools and an expenses-paid trip for two to attend the Irwin Ultimate Tradesman crowning ceremony at the company’s North American HQ in North Carolina, September 2015.

Nominations must include an essay of up to 500 words stating why the entrant believes they or a tradesperson they know has made a difference in their community. The competition runs through June 30, 2015, with a limit of one nomination per entrant.

And, YES, the competition is open to residents over the age of majority in Canada!