Products Tools and Equipment
Is “The Survivor” the world’s oldest running Skyjack, or is it YOURS? 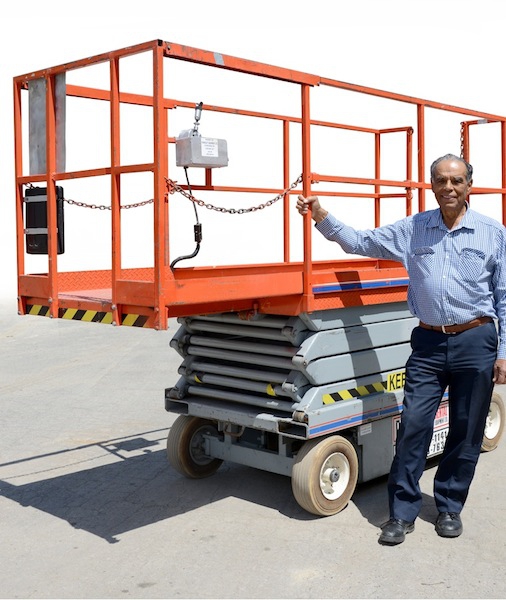 September 26, 2013 – The folks at Power Lift Equipment are proud to say they have one of the earliest Skyjack machines working in their fleet. The Concord, Ont.-based rental company has entered the machine into Skyjack’s Quest 2013 contest, which seeks the oldest working Skyjack.

Power Lift purchased its veteran Skyjack unit (an SJ 6.5-10 model) over 20 years ago, “working consistently and without fuss”, says Power Lift’s Marsh Tonner, as a general rental unit for electricians, contractors and others. Its years of service of earned it the nickname “The Survivor”.

Earlier this year, Skyjack launched Quest 2013 as an international search to find the oldest working lift from the company’s 29-year history. Companies running older Skyjack machines are encouraged to submit details of their machines; the company found to be running the overall oldest machine will be presented with a new Skyjack machine.

Quest 2013 applicants will be accepted until December 31, 2013 or when verification of the oldest serial number has been identified, whichever comes first.