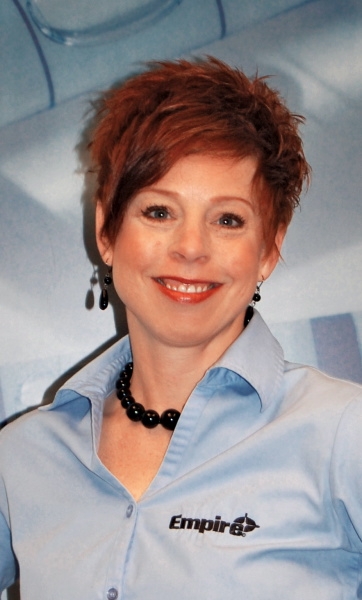 July 29, 2013 – Empire Level says it is working aggressively to stop the counterfeiting of its torpedo level, aiming to block imported knock-offs at the U.S. border and pushing for the removal of the counterfeit products from store shelves to ensure they do not end up in the hands of consumers.

“Empire Level was built on innovation and hard work by many people, starting with my great-great-grandfather when he came to America for a better life, and I’m determined to protect the company from any threats to those American ideals,” said Jenni Becker, president of Empire Level (photo 1).

The family-owned company says it has issued dozens of cease-and-desist letters to Chinese suppliers—as well as U.S. distributors and retailers—dealing in the counterfeits. In recent months, tens of thousands of the knock-off units have been taken off the market with related advertisements stopped, says Empire, adding it has launched more than 100 enforcement efforts—including more than one with major retailers—resulting in quick settlements.

According to the U.S. Department of Customs and Border Protection, notes Empire, China remains the world leader in the production of counterfeit merchandise, with 72% of all fake goods originating from that country. The company adds that the Organization for Economic Cooperation and Development reports criminal networks and organized crime negatively affect nearly every product category, stealing market share and undermining innovation.

“We strongly encourage all retailers, as well as our fellow manufacturers, to do what we’re doing and fight back to discourage unscrupulous suppliers and sellers—both foreign and domestic,” advised Becker.