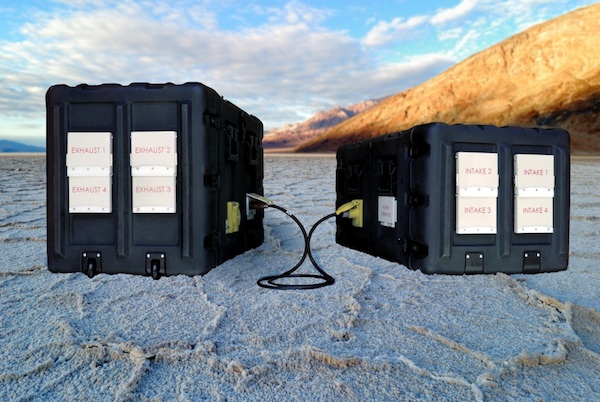 Described as a mission-critical, environmentally controlled, transportable equipment enclosure, the Rhino Box promises to support the safe and reliable operation of communication and IT equipment in harsh weather and challenging deployment scenarios. The unit is suited for various operating scenarios, including arctic (-30F/-34C), desert/arid (160F/71C), and equatorial/humid conditions. Rhino Box’s internal status is monitored and controlled via a local wired or wireless connection using a network capable PC, smartphone or tablet.