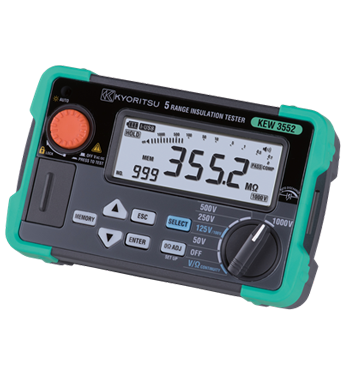 Each of the new models (KEW Model 3551, KEW Model 3552 and KEW Model 3552BT) offers six test voltages and six insulation resistance ranges, while providing two important diagnostic testing functions, Dielectric Absorption Ration (DAR) and Polarity Index (PI), which allow the testing and verification of the quality or degradation of the electrical insulation that is being tested.

The resistance testers all measure voltages from -2 to 600V AC/DC and feature a backlight and audible continuity. Model 3552 also includes a USB terminal, while Model 3552BT has a USB terminal, Bluetooth connectivity and can be used with the KEW Connect App.

KEW is represented by Duncan Instruments Canada, a manufacturers’ representative for a select range of electrical equipment.