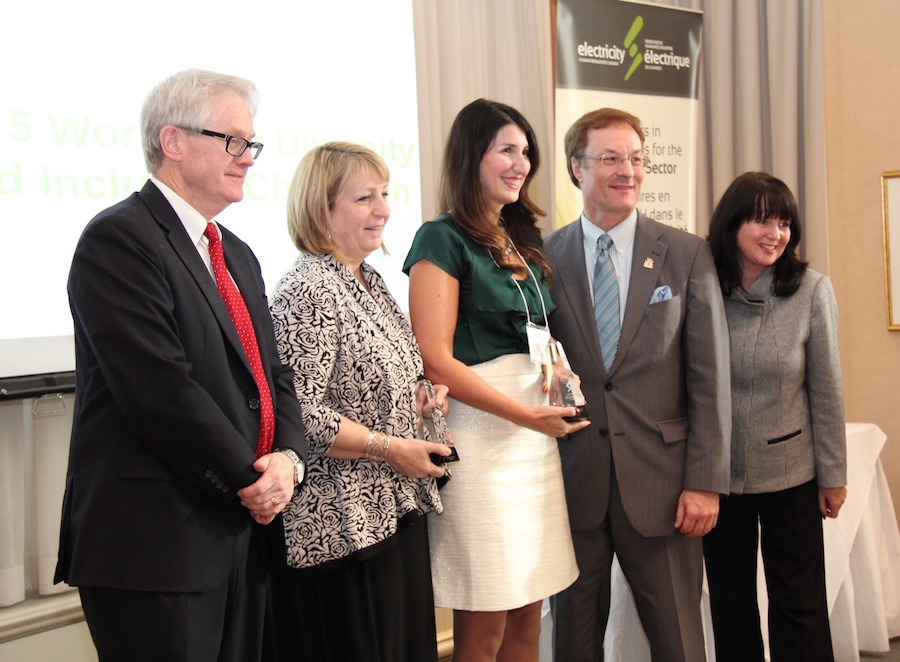 December 22, 2015* – “10 years ago, an aging workforce and an aging electricity grid were identified as being critical to being able to keep the lights on in Canada. Both industry and government were called upon to act.”

(SCROLL down for photos. And Scroll WAY DOWN to download Norm Fraser and Michelle Branigan’s speaking notes from the event, which contain the judges’ rationale for their award decisions.)

Of course, the highlight of the luncheon was the awards presentation. One award winner was announced well in advance:

We tweeted the remaining award winners as they were called at the event, and they include:

• April Currey of PowerStream wins Emerging Leader of the Year (photos 15 and 16).

Since its inception, EHRC reports it has completed over 30 projects, worked with over 500 volunteers and reached thousands of young Canadians through outreach activities with high schools, colleges and universities.

“Our labour market research is seen as the most credible in the industry,” writes EHRC. “We have developed research and tools on succession planning, diversity and inclusion, and skills and competency standards […] Our ability to bring together all communities working in this sector has been seen as our key strength.”

• Photos A. Capkun. See yourself in here? Want a copy? Email acapkun@annexweb.com •