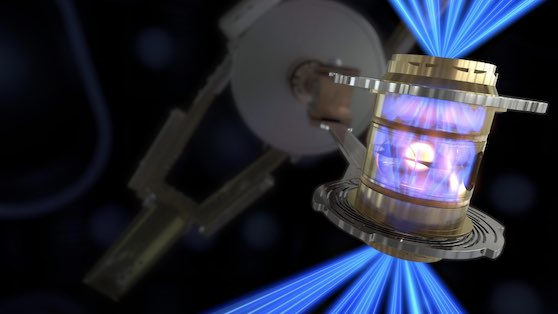 To create fusion ignition, the National Ignition Facility’s laser energy is converted into X-rays inside the hohlraum, which then compress a fuel capsule until it implodes, creating a high-temperature, high-pressure plasma. Source: Lawrence Livermore National Laboratory.

The announcement was made by the U.S. Department of Energy (DoE) and DoE’s National Nuclear Security Administration (NNSA).

LLNL’s experiment surpassed the fusion threshold by delivering 2.05 megajoules (MJ) of energy to the target, resulting in 3.15 MJ of fusion energy output, demonstrating for the first time “a most fundamental science basis for inertial fusion energy (IFE)”. 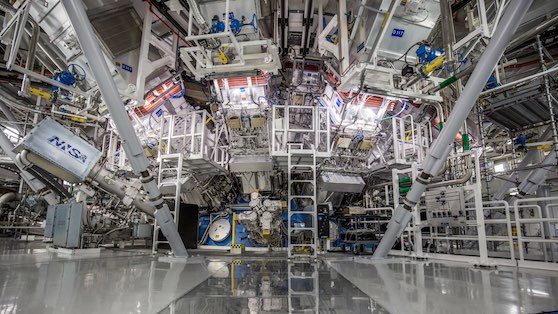 Fusion is the process by which two light nuclei combine to form a single heavier nucleus, releasing a large amount of energy. In the 1960s, a group of scientists at LLNL hypothesized that lasers could be used to induce fusion in a laboratory setting.

This idea became inertial confinement fusion and, in pursuit of the IFE concept, LLNL built a series of increasingly powerful laser systems, leading to the creation of NIF, the world’s largest and most energetic laser system.

Located at LLNL in Livermore, Calif., NIF is the size of a sports stadium and uses powerful laser beams to create temperatures and pressures like those in the cores of stars and giant planets.

Many advanced science and technology developments are still needed to achieve simple, affordable IFE to power homes and businesses, and DoE is currently restarting a broad-based, coordinated IFE program in the United States.