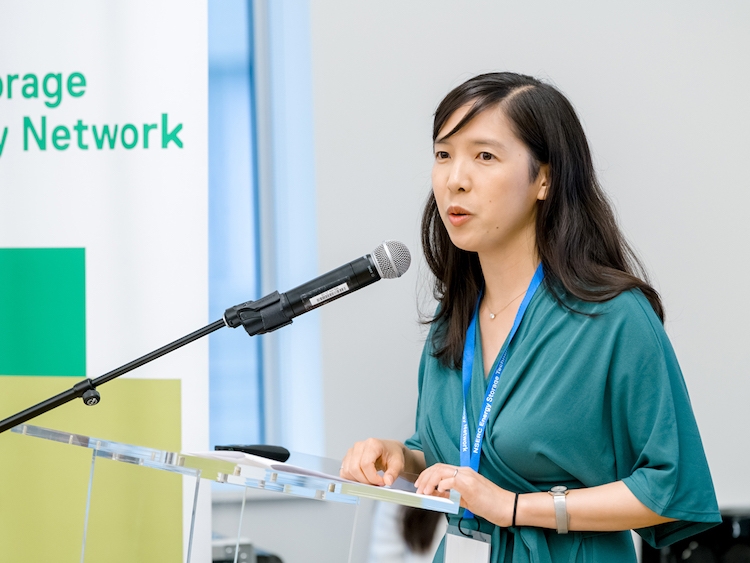 “We must add energy storage to the existing generation mix,” he said. “The grid is not an effective means of transport for clean and renewable energy. It must evolve to integrate both centralized and distributed power.”

He cited the example of Summerside Electric, a publicly owned utility in Prince Edward Island, which has used both wind power and thermal energy storage by increasing electric heating in homes to better match production and load. And he explained how a hybrid microgrid in Colville Lake, N.W.T., stores solar power collected by photovoltaic (PV) panels in a large-scale battery system, backed up by new diesel generators as needed.

“That project was driven by previously high energy prices,” he said.

Visiting from Germany, Sören Hohmann—head of the Institute of Control Systems at Karlsruhe Institute of Technology (KIT)—explained how in Europe, 55% of energy is imported today, but that figure is expected to fall to 20% by 2050.

“The answer to this challenge is coupling the various grids,” he said, referring to work now being undertaken by companies like ABB. “This way, energy can be stored in batteries, gas and heat.”

Indeed, one way technology has paved the way is through ‘smart metering,’ which can help organizations better track demand for the electricity they might store in batteries.

“Energy storage does not yet fit in the local market and regulatory system, but consumption data is now so granular, we can identify markets we never could before,” said Shuvo Chowdry, senior director of strategy at Amp, which builds and operates clean energy assets. “You can now value a battery the same way you can a generator. The conversations are slowly starting to shift.”

Reflecting that sense of new opportunities, the day closed with an ‘energy storage marketplace,’ where researchers from educational institutions across Canada and abroad presented projects they have been developing with commercialization in mind. These ranged from a building façade adapted for thermal storage to a mechanical flywheel energy storage system (FESS) optimized through computer-aided design (CAD); and from a modular hybrid power flow controller (HPFC) to water vapour adsorption-based ‘heat batteries.’

In total, this year’s NESTNet Week drew 168 attendees from 30 cities in five countries.