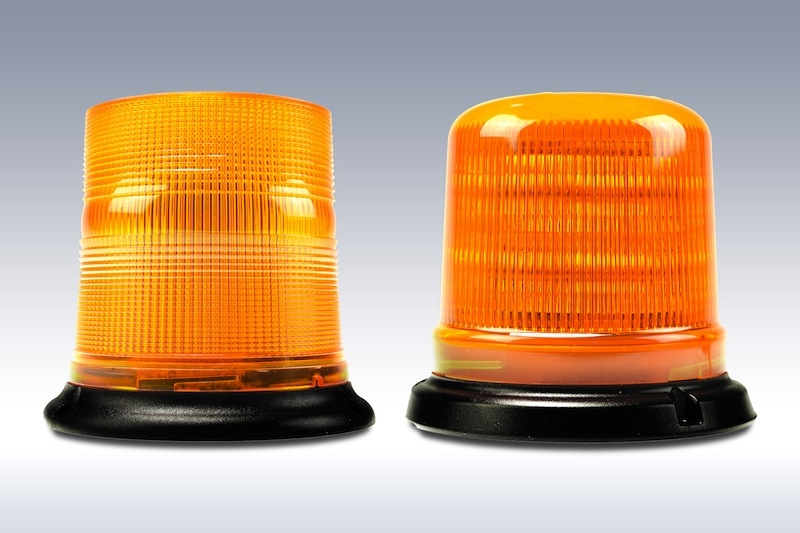 March 20, 2013 – At the Work Truck Show 2013, Hella Inc. showed off two new LED beacons for use by emergency vehicles. Designed to withstand harsh environments, these beacons meet SAE Class 1 standards and are built with a robust design that ensures long life in heavy-duty environments. The beacons are also waterproof and vibration resistant, covered by a 5-year warranty, and come in both portable and permanent mounting options. The beacons feature multi-unit synchronization, so they can communicate with other lights on the vehicle simultaneously or alternately without requiring a central control box. The K-LED 50 beacon uses four LEDs and delivers 12 selectable flash patterns, while the K-LED 100 is built with 10 LEDs and offers 11 patterns.

The company also offers LED traffic and warning sticks, which are available with four, six or eight LED heads in Amber, White, Red and Blue. They use a separate control panel to operate the LED light and visually display the selected mode, which can include traffic direction, warning mode, and custom programmable flash patterns. There are 26 selectable warning patterns for the warning stick and 22 selectable traffic/warning patterns for the traffic stick. Each stick recalls the last flash pattern used at power up.