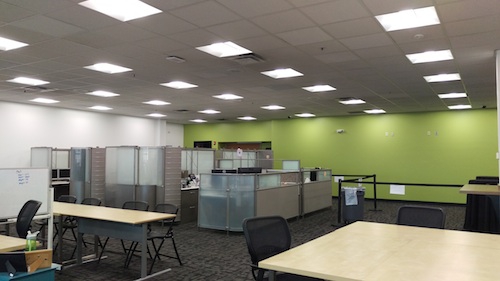 June 28, 2016 – Legrand has joined the Cisco Digital Ceiling framework, an IoT-based solution that connects building services in a single, converged IP network through an ecosystem of technologies.

The Cisco initiative brings together solution providers to help companies digitize their business by connecting building services via a single converged IP network. This evolution to “convergence” results in a smarter building—easier to manage, more efficient, improving productivity, safety and the comfort of occupants, Cisco explains.

Cementing this motion, Legrand also announced it will deploy an intelligent PoE- (power over ethernet) based LED lighting system at the Launch Fishers office building in Fishers, Ind., along with Superior Essex and Platformatics.

The project is part of an upgrade for an open-space concept that required occupancy sensors, intelligent LED lighting and high-speed data, built directly into the building’s infrastructure.

The first phase of the retrofit will include the installation of PoE LED lighting solutions, Legrand notes, and Cisco Catalyst 3850 series switches, which will be used as the “networking backbone” for Cisco Digital Ceiling framework.

“There’s never been a better time for enterprises like Launch Fishers to rethink the way they manage building systems,” said Tony Shakib, vice-president of IoT Vertical Solutions, Cisco. “With the age of IoT opening a new era of digital buildings, the Launch Fisher offices are an example of higher-value IoT solutions for the spaces where people live and work.”