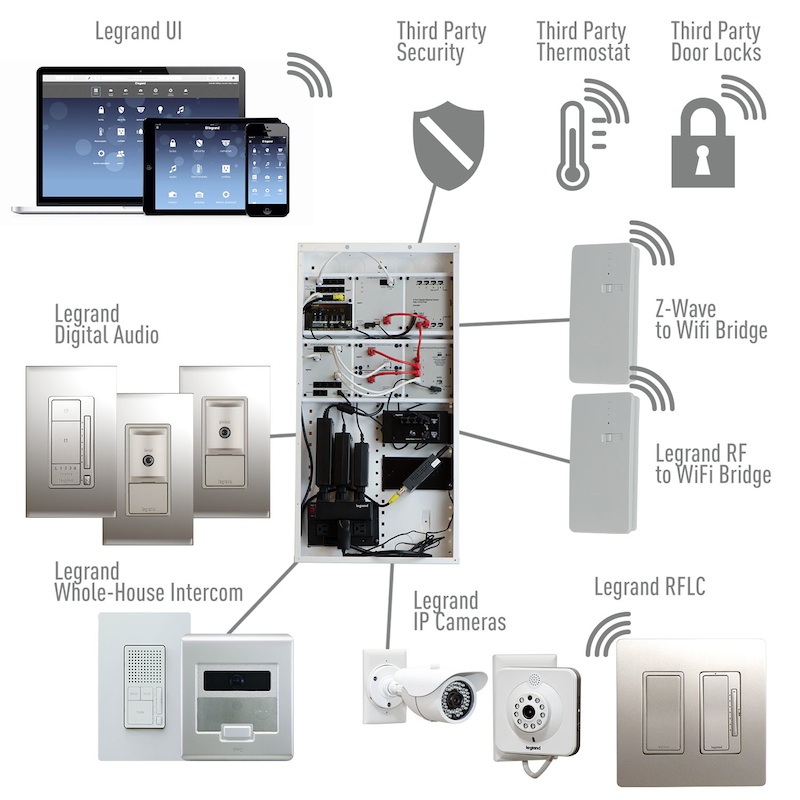 June 25, 2015 – Legrand has introduced Intuity, a new home automation platform that gives production homebuilders and installers serving the mainstream housing market a “modular, and repeatable solution for controlling entertainment, security, and comfort within a home.”

Intuity supports Legrand’s own subsystems, including its On-Q IP cameras, video door entry and intercom, its RFLC lighting systems, and its On-Q multi-room digital audio system that supports networked content and many online streaming services. It then offer integration of third party, Legrand-approved Z-Wave components, including HVAC thermostats from Honeywell and Trane, digital door locks from Kwikset and Yale, and home security systems from Honeywell and GE/Interlogix.

With the Intuity control app, downloadable from the Apple Store, users can operate all aspects of their Intuity system from any iOS mobile device or from Intuity’s wall-mounted command center, which houses an iPad mini, as well as incorporating both an intercom station and a zone of digital audio. The same user interface is also available from any laptop or desktop computer.