News
Legrand North America wants you to get away… to Paris! 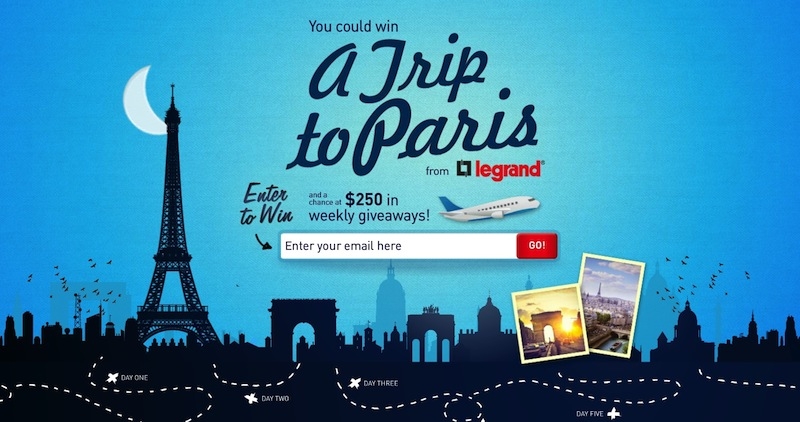 December 5, 2011 – Legrand, a player in products and systems for electrical installations and information networks, announced a contest where you could win a trip to Paris and a chance at $250 in weekly giveaways.

Open to legal Canadian residents (void in Quebec) and 50 states of the U.S. who are 18 years and older, this Legrand promotion began November 28 and will end with the final prize draw on January 13, 2012.

The Grand Prize includes a trip for two (winner and winner’s guest) to Paris, France; a five-night stay at a 4+ star hotel and spending money (approximate retail value $5250). Weekly prizes will be awarded each Monday during the promotion in a draw of all eligible entries received starting December 5, 2011.

No purchase is necessary and, with a one-time free registration entry, Legrand’s Trip to Paris contest allows participants to earn additional entries through various methods, all of which can be found by visiting www.legrand.ca or www.legrandgetaway.com.