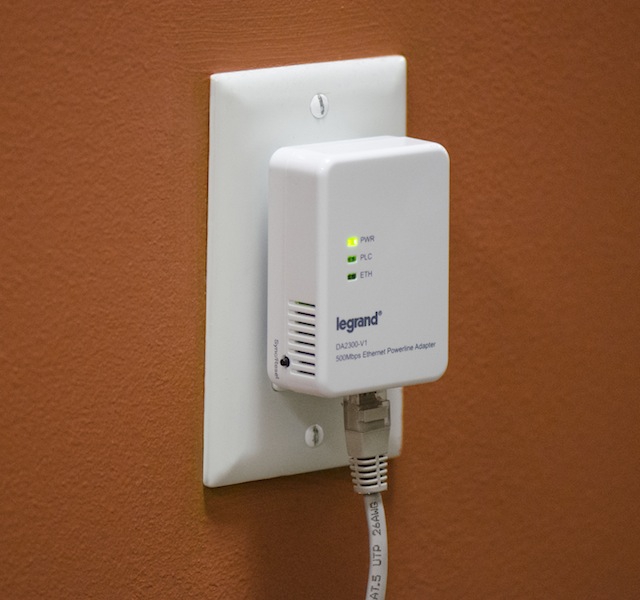 Users simply connect one of the compact HomePlug AV adapters to their router via one of the two included ethernet cables, and plug the adapter into any electrical outlet. Then, connect the other adapter to another electrical outlet to create an ethernet connection to any device connected to the adapter with the other included cable. Supported devices include internet-capable TVs, Blu-ray players, computers and gaming systems. The starter kit includes two AV adapters and two 2-ft ethernet cables. These devices pair seamlessly with the Legrand 1- and 4-port Gigabit adapters, says the company, which support data rates of up to 500 Mb/second. Security is addressed via 128-bit AES encryption.