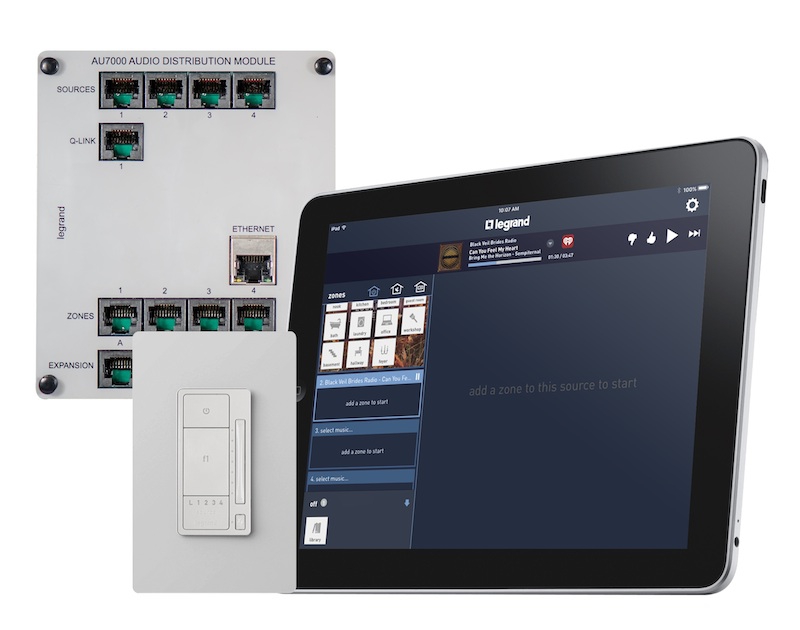 February 29, 2016 – Continuing to add streaming and listening features to its home digital music systems, Legrand has released version 3.0 for the On-Q digital audio system, a firmware upgrade that adds: iHeartRadio streaming, quick recall of favorite songs through a Top 10 feature, and other enhancements.

The version 3.0 software is now factory-installed on new systems and can be downloaded at no cost by existing users. Current users will also need to download a free update to their iOS or Android app from the App Store or Google Play.