Larizadeh becomes the fourth CEO since the company’s founding 115 years ago. 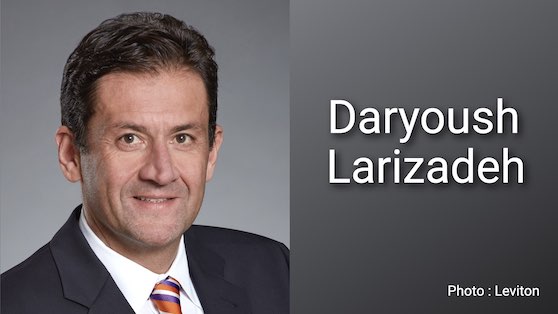 December 1, 2021 – Leviton has appointed Daryoush Larizadeh to CEO effective today, and he will continue his responsibilities as president and COO.

“Daryoush has been instrumental to Leviton’s success as president and COO, and played a pivotal role in helping to navigate our employees and customers through a global pandemic,” said Don Hendler. “Daryoush’s proven performance and leadership skills will continue to shape Leviton’s future as an innovative leader in the industry.” 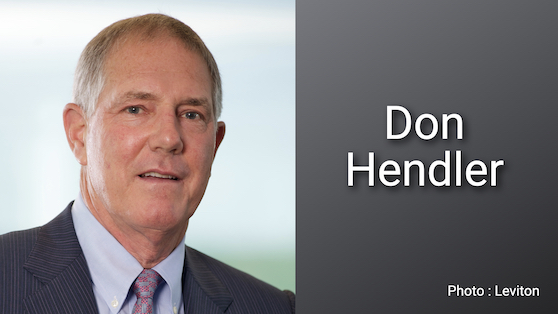 Larizadeh assumes the role of CEO from Hendler, who held the title since 2007 following the passing of Harold Leviton (whose father founded the company in 1906). Larizadeh becomes the fourth CEO since the company’s founding 115 years ago.

“I am honored and humbled to take on the role of CEO at a company that’s been built on a long and successful history of innovation,” Larizadeh said. “Working closely alongside Don […] has provided me with an unparalleled learning experience, and I am excited to build on the legacy that Don and our two previous CEOs have built during our 115 years of existence.”

Also effective today, Hendler assumes the role of chair of the board. Stephen Sokolow, who last held this position, will become chairman emeritus while remaining an executive vice-president of the corporation.

The Leviton board remains unchanged, with Hendler, Sokolow, Andrew Kriegman and Lucy Guilherme continuing in their current responsibilities. As CEO, Larizadeh will continue to report to the board.