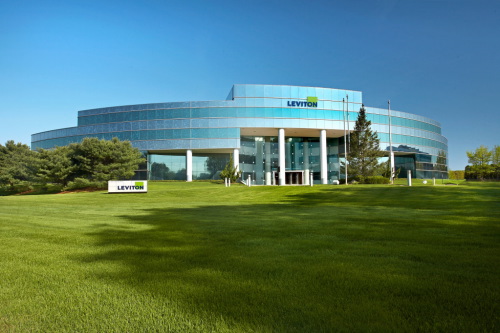 Leviton Manufacturing Co. has relocated its global corporate headquarters to Long Island’s Suffolk County on June 15. Leviton outfitted the four-storey, 140,000-sf facility with “green” materials and systems, including the company’s own devices and controls: from lighting energy management systems to box-mounted designer switches, outlets and dimmers.

Leviton’s Melville complex is the company’s third corporate
headquarters since its founding in1906. With early roots in Brooklyn’s
Greenpoint manufacturing district, Leviton relocated its headquarters
in 1973 to Little Neck, Queens, where its two campus-like buildings,
joined by an enclosed corridor, occupy the length of two city blocks in
an otherwise residential neighbourhood.