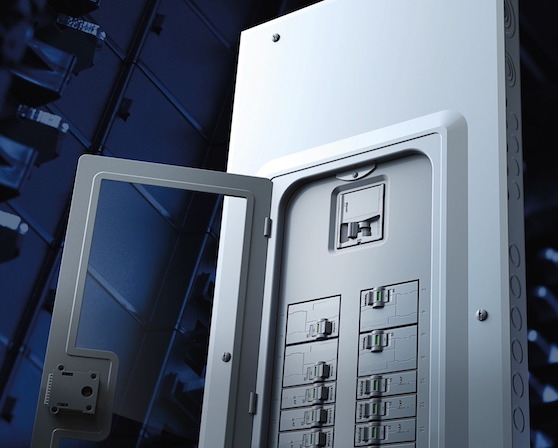 March 1, 2018 – Leviton says it is has completely reimagined the load centre to make it more attractive, approachable and easier to work with—all while improving homeowner safety.

All branch wires terminate at custom lugs in the panel, eliminating the need for pigtails. The entire panel can be terminated at rough-in, and all connections are made at the final insertion of the circuit breaker. The design also enables users to switch out branch circuit breakers without having to rewire.

Aesthetics play a key role in the new load centre, says Leviton; its enclosure and optional window create an “approachable interface”. When a breaker trips, the at-a-glance diagnostics make it easy to identify trip condition and type of fault (arc or ground) without having to reset the circuit breakers. And line side-powered electronics ensure LED indicators remain lit, even when tripped.

The breakers also boast hydraulic-magnetic trip technology, which operates in temperatures ranging from -40ºC to 85ºC.