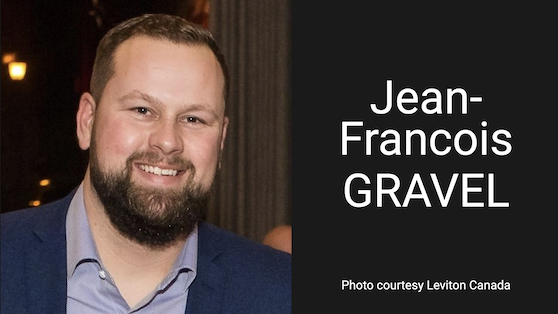 September 14, 2021 – Leviton Canada announced the appointment of Jean-Francois Gravel to the position of sales director for Quebec and Atlantic.

Leviton says Gravel has been in the electrical industry—both distribution and manufacturing—for his entire career, which started as a summer job as a warehouse employee. This was followed by various roles, including counter sales, inside sales, buyer, branch manager and sales rep.

He joined Leviton in July 2019 as a territory manager for the Montreal region. In that time, says Leviton, he has “built relationships with both distributors and contractors, giving him a deep understanding of the regional market and its specific needs”.

Gravel is also in the second year of his 2-year mandate as the president of Electro-Federation Canada’s Young Professional Network, Quebec Chapter.