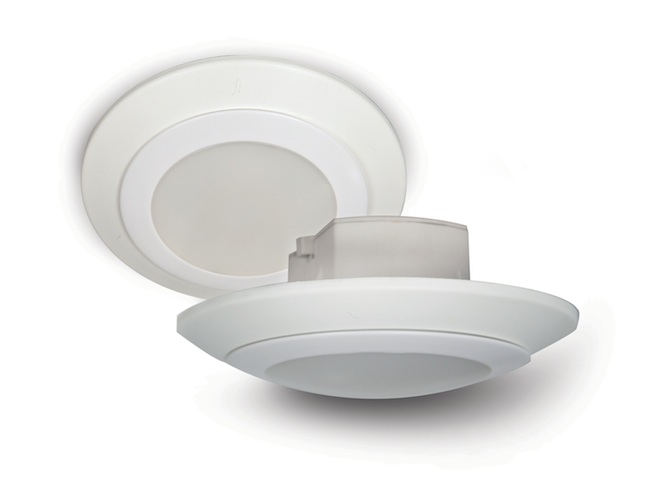 February 29, 2012 – Lighting Science Group (LSG) has released a 4” version of its Glimpse LED downlight, saying that the 9.5W luminaire offers an improved, innovative thermal design that reduces the amount of raw materials needed for assembly by up to 70%. Also available in a 6” form, the Glimpse adopts to most 4”, 5” and 6” recessed downlight cans, and reduces energy usage by up to 80%, it adds. The Glimpse is also dimmable down to 5%.