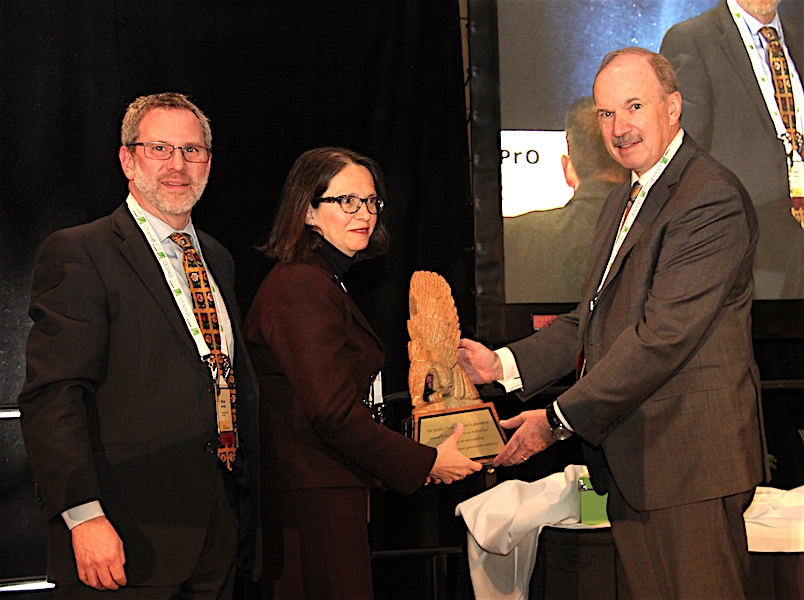 “Through her work, Linda [photo centre] has caused key energy players from different subsectors—including generators, local distribution companies, consumers, investors and policy makers—to appreciate each other’s concerns… an essential part of the process for addressing complex issues that, inevitably, have impacts across the sectors,” noted Dave Butters, president of the Association of Power Producers of Ontario (photo right).

The Hedley Palmer Award recognizes an individual who has made an outstanding contribution to the Ontario power industry, and has been given to a different individual each year since 1989. According to APPrO, it is the highest honour bestowed annually in the power generation business in Canada.